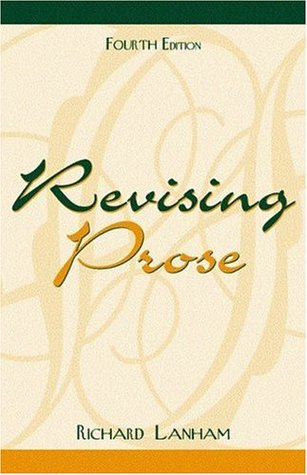 It’s only 176 pages and I think it’s a required read for all office workers. This is about cutting the fats and writing your idea clearly.

Our education system required us to write “A romantic relationship is ongoing between Boy and Girl.”

Where’s the action? Who’s kicking who?

The bad sentences below have no life. They are diluted by the ‘is’.

Bad: This sentence is in need of an active verb.

Bad: Physical satisfaction is the most obvious of the consequences of premarital sex

Bad: One of the most important results of the presentation of the data is the alteration of the status of the elements of the discourse.

Good: The status of the discourse elements depends on how you present the data

The point I wish to make is that…

The fact of the matter is that…

What surprised me the most is that…

Easy fix: CTRL + F to find for the phrase “is that” and delete those openings.

Bad: The most important thing to remember is the fact that interest in the arts has not declined in popularity.

Good: Interest in the arts has not declined.

Bad: The generation of television is a feeble one, it is a generation lacking in many areas, especially that of artistic background and interest.

Good: The TV generation has shown little interest in art - or in anything else either.

Bad: Twelve-year-old boys like to fight. Consequently, on several occasions I explained to them the negative aspects of fighting. Other responsibilities included keeping them dry (when near the creek or at times of rain), seeing that they bathed, attending to any minor wounds they acquired, and controlling their mischievous behavior. Another responsibility was remaining patient with the children.

Good: Twelve-year-old boys like to fight. Often, I had to stop them. And I had to keep them out of the rain, and the creek, and mischief generally. I had to give out Band-Aids and keep my temper.

In life, you keep them out of the rain. You don’t keep them dry.

Read aloud with emphasis and coloration. Vary the sentence length.

Avoid vague nouns like fixation, function, flexibility, capability, concept and so on.